Wow.  This is the best monsoon season I’ve seen since I’ve lived in the area (15 years) and is one for the record books with 14 inches and counting.   Besides turning the area a vivid green, it has given rise to a bumper crop of wildflowers.

The most obvious wildflower is the Arizona Caltrop or monsoon poppy, (Kallstroemia grandiflora) which is not to be confused with the desert gold poppy; abundant here in the spring depending on rainfall. It is carpeting the land in a blanket of yellow flowers.   The monsoon poppy is always found during the monsoon season, especially along roadsides, but this year a banner year for the species.  The best year I’ve seen.

Another species which is having a similar season is the pink bottle brush, (Mimosa dysocarpa) whose flowers look like whitish/pinkish woolly worms at the ends of the shrub.  I commonly see it growing along the roadsides.

A species that I see more often this monsoon is the mala mujer, (Cnidoscolus stimulosus) a bizarre looking plant with small, white flowers and growing about 1 ft. tall.  It has spines all over it—on the stem, seed pods and even on the underside of its leaves.  The upper surface of the leaf has white spots making where the spines grow on the leaf’s underside.

The ubiquitous morning glory (Convolvulaceae sp.) is also having bumper year.  Like its name implies it blooms in the morning, shriveling up by noon.  It’s taking over my place—its fences, trees and anything it can climb on.  It reminds me a bit of the infamous kudzu vine that I would see on family vacations to Florida.  I’ve seen its funnel-shaped flowers colored the normal purple, but also white, pink, and lavender.

It’s cousin, the field bindweed, (Convolvulus arvensis) blooms later in the day and has the same colored & shaped flowers.

Here’s a tip for putting a name to many of the plants and animals you see.  A handy Free app for identifying them is “Seek”.  Download the app and using your phone camera, you scan what you want to I.D. and the name (hopefully) will appear on the screen.  It works by using artificial intelligence and compares your specimen with its vast memory bank. 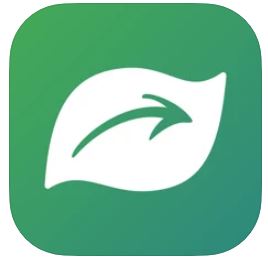