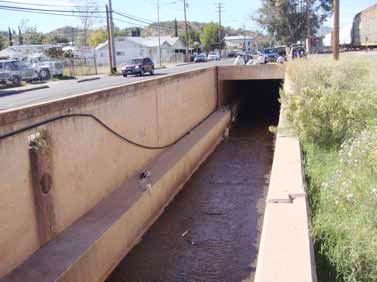 Nogales Wash emerging from a tunnel in Nogales, AZ. Photo by Hans Huth.